Media: This man must be replaced 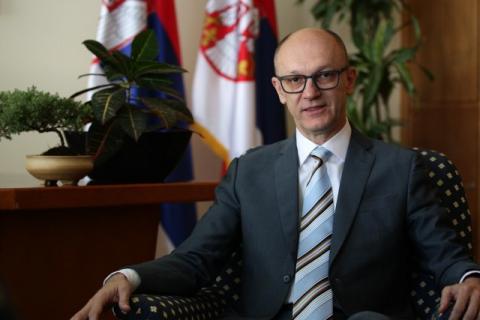 According to "Blic", Trivan rarely appeared in public during his term in office, and now that citizens are suffocating in the polluted air, instead of taking urgent action, he blames it on other actors.
In the article entitled "Trivan must be replaced," the paper says he must bear responsibility for the pollution.
The fact that the Energy Community Secretariat has initiated proceedings against Serbia for incomplete implementation of the directive on large combustion, which relates to the emission of harmful gases, speaks in favor of his responsibility.
The newspaper also stated that for two and a half years of his term, he did nothing to implement anti-pollution measures, that the money for ecology was earmarked, that Serbia in the meantime became the first in Europe and the ninth in the world in terms of mortality from pollution, and that in Serbia 10.770 people die annually from the effects of polluted air.
Daily "Blic" also reports that Trivan was not at all shaken at a government session when Prime Minister Ana Brnabic criticized him for being the one to blame for the public image created in the media and the way he performs his job.
The "evening news" deals with this topic and says that the Ministry of Energy is also responsible for the current circumstances, and both ministries are said to be SPS personnel.
"Kurir" writes that while citizens are choking on smog and air is polluted, Trivan offers no systemic solution.
As the culprit for pollution, "Kurir" also refers to the Rulebook on the classification of motor vehicles and trailers in traffic on roads, adopted by the Ministry of Transport at the end of December 2019, extending the deadline for manufacturers of freight and off-road vehicles and military buses to use...