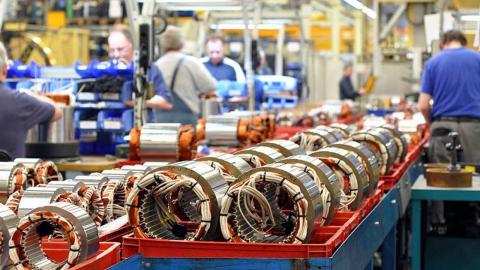 Turkey's industrial output in November 2019 was higher than the EU's average in the same month.

While the EU average was negative 1.3 percent, the index dropped 1.5 percent in the eurozone, and rose 5.1 percent in Turkey, according to the data from Eurostat and TÜİK.

With these figures, Turkey overtook 23 of 25 EU countries, of which data are available in November 2019. The industrial production rose 5.7 percent in Hungary and 5.6 percent in Poland.

The index dropped the most in Greece with 8.3 percent, while Romania (7.5 percent), and Estonia (7.2 percent) followed it.

The index in Germany, the largest economy in the union, dropped 4 percent year-on-year in November.