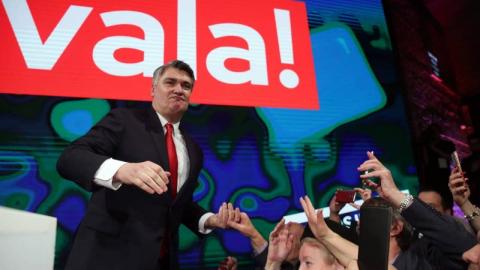 The unexpected victory of Zoran Milanovic in the Presidential elections, the second round of which was concluded on January 5, has turned the tables on Croatian politics. The country is now braced for a period of strained cohabitation between President-elect Milanovic from the opposition SDP and the HDZ-led government of Prime Minister Andrej Plenkovic.

To spice things up, the surprise election result comes at the beginning of a year in which Croatians will also go to the polls to elect a new Parliament and government. How will the period of cohabitation shape the Parliamentary election campaign? And will Milanovic's election act as wind in the sails of the opposition SDP, or can it inadvertently help the HDZ? We analyse in greater detail.

Is 2020 the year of last chances for the 'love affair' between the EU and the Western Balkans? Having pledged themselves to each other, years of frustrations and disappointments have caused them to drift apart, flirt with other partners and contemplate calling the whole thing (enlargement) off.

As our editor Srecko Latal argues, 2020 may be the last opportunity to rekindle the old flames, or go their separate ways. Many stumbling blocks lie on the road ahead, yet Latal argues that the task is not a 'mission impossible'. Both the EU and Western Balkans just need to focus on what brought them together in the first place - in particular, the fact that they cannot escape each other even if they wanted to, and that their common goal is a safe and prosperous Europe.