China to buy US energy goods over two years 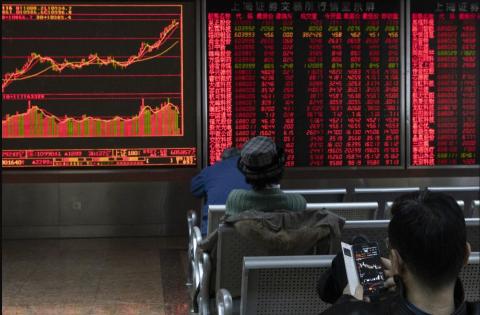 China committed to buy around $52 billion worth of energy goods from the U.S. in 2020 and 2021 amid the phase-one trade deal signed by the countries.

After 21 months of imposing reciprocal tariffs, the world's two biggest economies finally reached a trade agreement and signed a phase-one deal on Jan. 15 in Washington, D.C.

Out of the additional $200 billion purchase commitment, $52.4 billion, or 26.2 pct, is energy-related, which makes it the category with the second-largest export volume in the phase-one deal.

Liquefied natural gas (LNG), crude oil, refined products and coal are some of the major items within the energy category that China has committed to buy.

After the shale revolution in 2008, the U.S. increased its crude oil and natural gas output tremendously to become the world's biggest crude oil producer in November 2018, surpassing Saudi Arabia and Russia.

Exporting oil and LNG to overseas has become a major focal point for U.S. President Donald Trump in his attempt to boost his country's export volumes and narrow the trade deficit.

Under the phase-one deal, the product category with the largest exports volume that China vowed to buy is manufactured goods.

Beijing will buy $32.9 billion worth of U.S.-manufactured goods in...