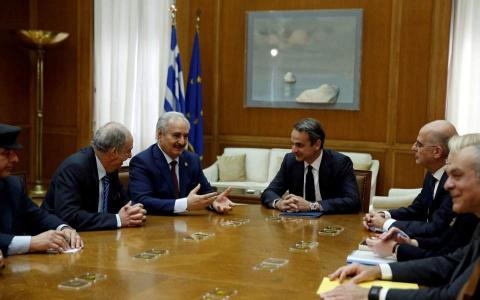 In a culmination of the government's flurry of diplomatic activity ahead of Sunday's Berlin conference on Libya, Prime Minister Kyriakos Mitsotakis spoke on the phone with German Chancellor Angela Merkel on Friday, expressing his displeasure that Greece has not been invited.

According to government sources, Mitsotakis also raised Greece's mounting concern about security in the Eastern Mediterranean region due to destabilizing actions by Turkey - not least the memorandums it signed with the Tripoli-based government which, he said, are "invalid."

He also invited Merkel and European Union representatives participating in Sunday's conference to implement the decision of the last European Council, which declared the Turkey-Libya pact illegal.
The same sources said Mitsotakis also reiterated that Greece will veto any decision regarding the Libya crisis unless the...

Clint Eastwood and the Democrats’ dilemma