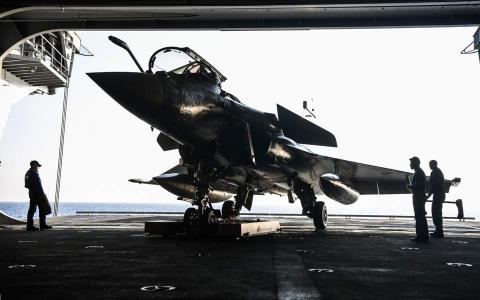 The participation of the Hellenic Navy in the carrier group that will escort the French aircraft carrier Charles de Gaulle on a part of its mission in the Eastern Mediterranean is seen as yet another indication of Athens' desire to strengthen its ties with Paris.
The government also sees the move as French support for Greece in light of the Turkish-Libyan maritime border accord.
This support is expected to be further entrenched on January 29 when Prime Minister Kyriakos Mitsotakis meets French President Emmanuel Macron in Paris.
Speaking on Thursday, Macron said the Charles de Gaulle will be escorted by forces from Germany, Belgium, the Netherlands, Spain and Greece.
According to reports, the Charles de Gaulle and the carrier group, including the Greek frigate Spetsai, will begin their eastbound journey next week.
The ultimate destination of the French...