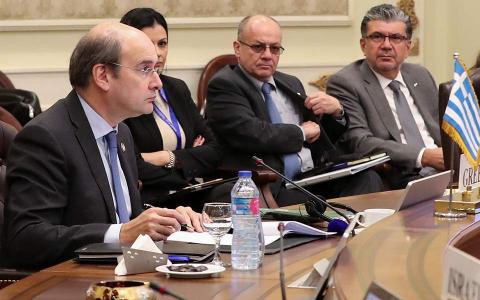 Seven countries on Thursday adopted the institutional framework for creating the Eastern Mediterranean Gas Forum that will be based in Cairo.
"The Mediterranean countries including Cyprus, Greece, Israel, Italy, Jordan, Palestine and Egypt have implemented a clear roadmap that contributes to finishing the foundation framework for the official launch of the forum," Egyptian Oil Minister Tarek El-Molla was quoted as saying in a statement issued by the Oil Ministry.
The seven countries had agreed on Tuesday to set up the forum to create a regional gas market, cut infrastructure costs and offer competitive prices.
The organization aims to "create a regional gas market that serves the interests of its members by ensuring supply and demand, optimizing resources development, rationalizing the cost of infrastructure, offering competitive prices and improving trade relations,...