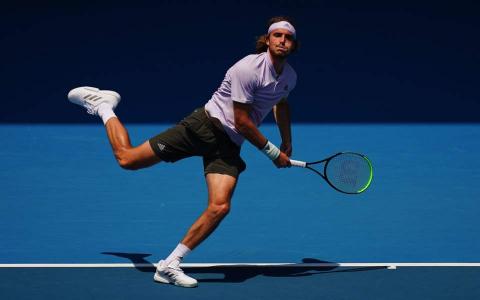 Next Gen star Stefanos Tsitsipas of Greece takes part in an Australian Open practice session at Melbourne Park in Melbourne, Australia, on Saturday, ahead of his first-round clash with Salvatore Caruso Monday. The 21-year-old reached the semifinals at Melbourne Park last year after stunning Roger Federer in the fourth round. "[I am] really looking forward to this new challenge that I have in front of me, to show something," Tsitsipas told ATP Tour ahead of the match, among reports he was struggling with a lung issue after practicing in smoky conditions caused by Australia's fires last week. [EPA]

Investors kept waiting too long for a Golden Visa

Public transport to grind to a halt Tuesday