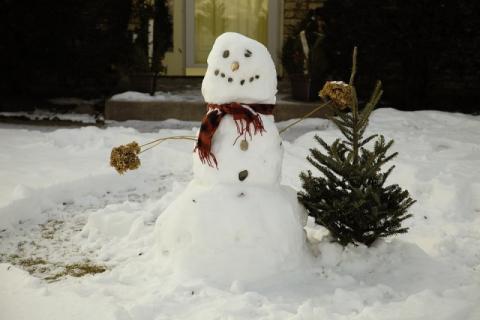 The snowman is the beloved symbol for the winter. He is one of the most popular figures worldwide. Wherever people know snow they know also snow formed figures and figurines. The snowman is apolitical and has no religious background. Two of many reasons to enjoy high sympathies everywhere.
Anyhow he himself belongs to threatened species. Due to his short lifespan the snowman symbolizes fugacity. Nowadays the global warming i.e. in Central Europe results that the snowman becomes rather rare. Less snow is falling. Snow is melting much faster, is remaining for short periods only. Often that short that time isn't sufficient for construction of a snowman.
The Worldday of Snowman represents both aspects: On one side the snowman as a symbol for dangers impending him and us, especially by climate changes. On the other side the snowman as a leitmotif for friendliness and sympathy.
Obviously, this world day must be timed to the winter. It shouldn't be too close to other holidays and celebrations like Christmas, New Year, carnival or Easter. Also the date may not be used for any other important event. And of course, a chance of snow must exist. Finally the date of the worldday has to noticed and remembered easily.
Is there a better number than 18 or 81 to stylise a snowman? Figure 8 looks like a snowman, figure 1 like his stick or broom. Date 81 isn't possible, so 18 is the best choice.
Source: worlddayofsnowman.com

Because of the Self-Isolation: A Baby Boom is Expected Next Year