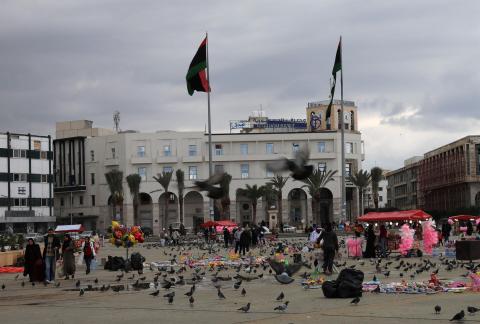 Germany is bringing together the key players in Libya's long-running civil war in a bid to curb foreign military meddling, solidify a cease-fire and help relaunch a political process to determine the North African nation's future.

Chancellor Angela Merkel invited leaders from 12 countries as well as the United Nations, the European Union, the African Union and the Arab League to Jan. 19's summit at the chancellery in Berlin. Germany's months-long diplomatic drive seeks to bolster efforts to stop the fighting in Libya by U.N. Secretary-General Antonio Guterres and his envoy for Libya, Ghassan Salame.

The chances of the summit producing any real progress are unclear, however. While getting the players to the table is an achievement, recent stepped-up outside support may have emboldened both sides not to compromise.

Since the 2011 ouster and killing of Libya's longtime dictator Muammar Gaddafi, the country has sunk further into chaos and turmoil. Libya is divided into rival administrations, each with the backing of different nations: the U.N.-recognized government based in Tripoli, headed by al-Sarraj, and one based in the country's east, supported by Haftar's forces.

Haftar's forces have been on the offensive since...