Greece responds to Erdogan's aggressive remarks ahead of Berlin meeting 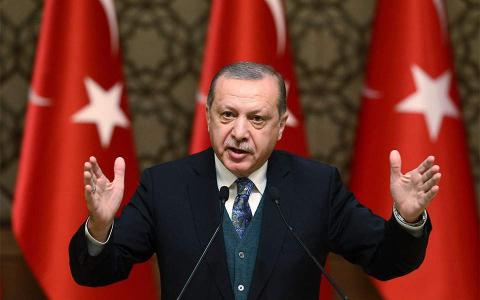 Greece and Turkey have traded barbs a few hours ahead of the meeting on the situation in Libya in Berlin.

Turkish President Recep Tayyip Erdogan again indulged in aggressive remarks early Sunday, before departing for Berlin. He claimed that Greece has "gone crazy" over not being invited to the Berlin meeting, and said Greek Prime Minister Kyriakos Mitsotakis is taking "the wrong steps" by inviting Field Marshal Khalifa Belqasim Haftar, who is fighting against the UN-recognized Libya government at the head of the Libyan National Army, for talks in Athens.

Erdogan added that Mitsotakis is taking a wrong tack in bilateral relations with Turkey, despite being "talked to" by himself at the recent NATO Summit.

Greece's foreign ministry replied soon after to Erdogan: "as for taking the right steps, it is at least paradoxical, that the habitual violator of...