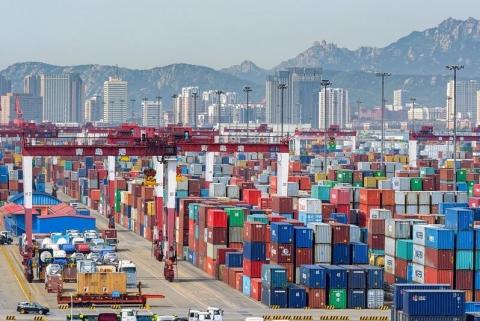 Turkey supported Turkish exporters with 3.2 billion Turkish Liras ($543.2 million) in 2019, breaking the record in the history of the Republic, the country's trade minister has said.

"We will offer a support budget of 3.8 billion liras to our exporters for goods and services exports in 2020," Ruhşan Pekcan told Anadolu Agency.

Pekcan said her ministry every year extends financial supports to create new exporters, for the exporters to be able to keep up with their global competitors and help exporters create their own brands.

The support is given in three phases, the preparations for exports, catch up with the global market, and branding and design, she said, adding that most of the support packages are also available for service exporters.

2019 was a "golden year" in terms of support for the exporters, Pekcan said.

"In support payments, we broke the record of the history of the Republic and we reached highest state support for exports to date, with a total of 3.2 billion liras including 2.4 billion liras for good exports," she said.

"In 2020, we have a total support budget of 3.8 billion liras for our exports of goods and services, with 3.1 billion liras of the number being allocated for export of goods. Our goal is to support our exporters by using the entire budget."

The applications for the support started on Jan. 1, she noted.

Last year, payment of 685 million liras were made as part of the Turquality program, which supports companies in their brand-building efforts to become a global player in the international markets with their own brands, aiming to create a positive perception of Turkish goods and services via strong brands.