Serving three major objectives at once 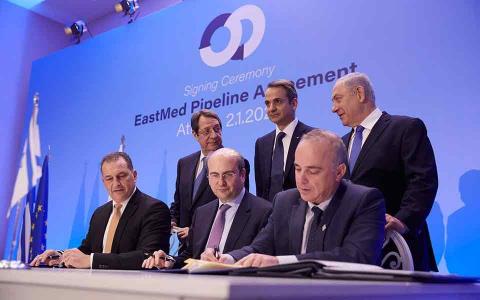 "Minister for PPC": That's what many people thought I was, until December, which was when public interest focused on the international energy plans, mainly due to tension with Turkey.

Of course Public Power Corporation is gradually taking its course, with the strengthening of its liquidity, the new law for the abolition of employees' permanent status, the disengagement from lignite-powered output and opening up to renewable energy sources.

We march on, with a mountain of energy and environmental problems to tackle in front of us, from mining and metallurgical company Larco to garbage management.

However, on January 2 public interest turned entirely to the EastMed natural gas pipeline. This is an ambitious international energy project, which is not - as some people think - just a response to Turkey, but which forms part of a broader Greek strategy; this is a...