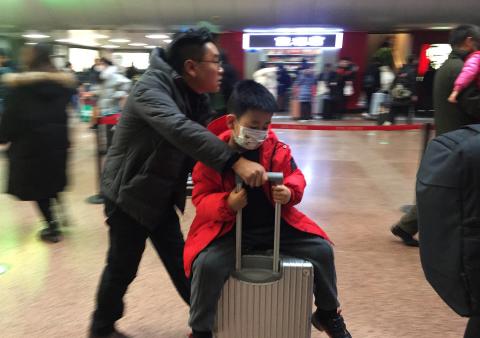 China on Jan. 20 reported 139 new cases of pneumonia over the weekend, caused by the outbreak of a new coronavirus strain that medical experts are still struggling to understand.

The Wuhan Municipal Health Commission said in a statement that 136 cases of coronavirus emerged in the city on Jan. 18 and Jan. 19.

As of late Jan. 19, 198 cases in total had been reported in Wuhan, including three deaths. Some 170 people were still being treated in the hospital, while 25 had been cured, it said. The statement gave no further details of the latest death toll.

A third death occurred on Jan. 18, Chinese authorities said in a statement.

This brings the total number of known cases worldwide to more than 200, underscoring the challenge for health authorities seeking to contain the outbreak.

Hundreds of millions of Chinese tourists will be traveling domestically and abroad during the Lunar New Year holiday period that starts later this week.

A report by London Imperial College's MRC Centre for Global Infectious Disease Analysis estimated that by Jan. 12 there were 1,723 cases in Wuhan City with the onset of related symptoms. Chinese health authorities have not commented directly on the report.

Authorities around the globe, including in the United States and many Asian countries, have stepped up screening of travellers from Wuhan. Outside China, two cases have been reported in Thailand and one in Japan, all...

China's virus cases, deaths rise, but count revised again
PM Orban: We intend to continue to work on the Strategic Partnership with Japan; it's a very ambitious project