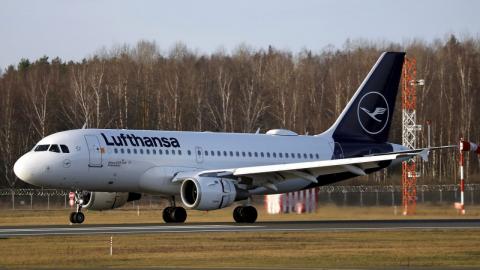 Serbian, Kosovo and NATO leaders on Monday welcomed the signing of an agreement to reopen the air link between Pristina and Belgrade that was broken 21 years ago.

US diplomats oversaw the signing of the agreement in Berlin, which will mean flights being operated by Lufthansa's budget carrier, Eurowings.

Kosovo President Hashim Thaci described the development as important. "This is an important step for the movement of citizens & normalization process," Thaci said on Twitter, thanking the US special envoy to the Serbia-Kosovo talks, Richard Grenell, and the US National Security Adviser, Robert C. O'Brien, for facilitating the process.

The two countries are presently only connected by bus, with the ride from capital to capital lasting around six hours.

The director of the Serbian government's Office for Kosovo, Marko Djuric, also confirmed the news to Serbia's public broadcaster, RTS. "In addition to 12 regular bus routes daily, Belgrade and Pristina could soon be connected by an airline, for the first time in 20 years," he said.

NATO Secretary General Jens Stoltenberg greeted the agreement as "an important step, which will make the circulation of people and goods easier and faster within the Western Balkans region".

US National Security Adviser O'Brien said the agreement was a "historic deal," calling commercial air links the "lifeblood of a modern economy."