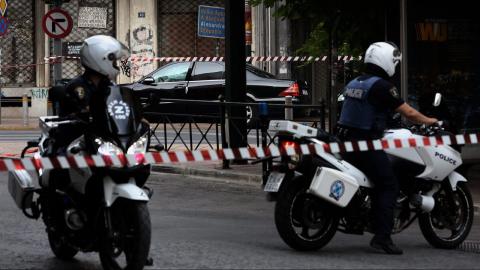 Warfare between rival Montenegrin drug gangs has claimed more lives beyond the country's borders, after two members of the so-called Skaljari Clan were shot dead in Athens, Greece, on Sunday.

Stevan Stamatovic and Igor Dedovic, both 43, were shot dead with more than 20 bullets in front of children while dining at a well-known Greek tavern. Local media reported that surveillance cameras had recorded the entry of four masked gunmen.

"The gunmen were professionals. They shot their victims calmly and accurately, firing about 20 bullets to kill two people. They immediately went to Stamatovic's and Dedovic's table and fired, with no other victims," the Eonoe.gr portal reported, citing a police source.

Struggles between rival Montenegrin crime gangs have claimed lives beyond the country's borders before. In December 2018, a member of the Kavac clan, Vladimir Roganovic, was shot dead aged 32 in Vienna in a restaurant. Another Montenegrin, Stefan Vilotijevic, 23, was wounded in the shoot-out.

The gang warfare on Montenegro has alarmed some of the country's neighbours. Noting the murder of the two Skaljari clan members with concern, Serbia's President, Aleksandar Vucic, said it was important to forbid entry to Serbia of any persons linked to the criminal milieu in Montenegro.

"The bloody feast that happened in Athens last night could have happened in Belgrade, had we not taken measures," Vucic told Serbia's Tanjug news agency.

Over the past year, several Montenegrin towns as well as the...