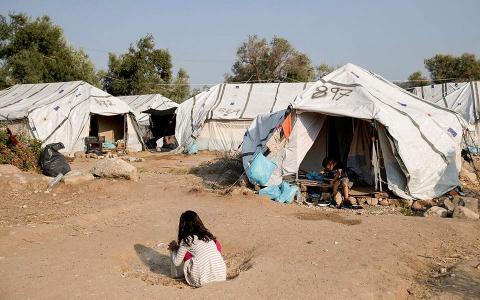 A teenager from Afghanistan was in serious condition on Monday after being stabbed inside the migrant identification center of Moria in Lesvos.

According to initial information, the 17-year-old was stabbed in the chest and abdomen by a 20-year-old fellow Afghani. The victim is being treated in the hospital of Mytilene, while the suspect was arrested.

In a separate incident, officers arrested two underage Afghanis who attacked two migrants from Africa, aged 26 and 30, with a knife.

The latest spate of violent incidents are added to the two killings recorded inside the overcrowded camp since January 1. More than 10 people injured inside Moria have been hospitalized in Mytilene since the start of the year.

Living conditions inside the island camps have been slammed by numerous human rights organizations who have called on Greek authorities to decongest...