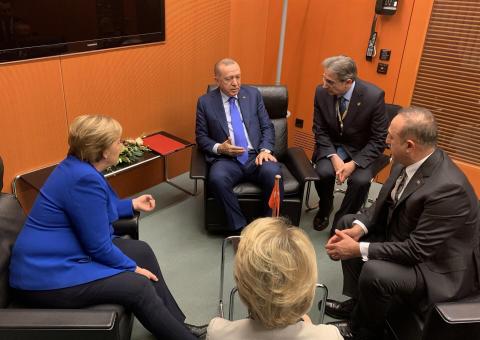 Turkey has assessed the results of the Berlin Summit as introducing an important opportunity for the cessation of hostilities in Libya and underlined that it will maintain its constructive and peaceful policy to this end.

"Berlin Summit is an important opportunity for the cessation of conflicts and a political solution in Libya," Presidential Spokesperson İbrahim Kalın said on Twitter on Jan. 20.

Kalın said the summit has reiterated Turkey's key role in efforts to find a peaceful solution to the problem through President Recep Tayyip Erdoğan's "effective and multidimensional diplomacy."

He also stressed that Turkey will maintain its "constructive and peaceful policy" against proxy wars.