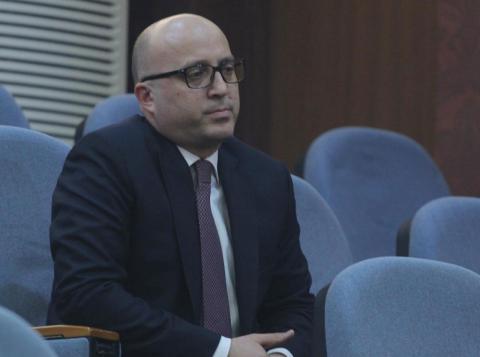 As High Inspector of Justice, he will be responsible for probing administrative breaches by judges and prosecutors.

Calling his election illegal and a party appointment, the Democratic Party said his appointment represents "clinical death" for the country's justice reform package, which aims to create a more professional and politically independent justice system in the country, which aspires to EU membership.

"He is appointed there to serve Edi Rama. Through this appointment, Rama is investing personally against prosecutors and judges who will investigate corruption, electoral crime and government connections with organised crime," the statement added.

"You [Socialists] are electing brothers-in-law and kinsmen at the top of judicial institutions," he wrote on Facebook.

No Socialist MP has commented on the opposition criticism so far.

Albania is currently filling vacancies in several crucial institutions, including the Constitutional Court and High Court.

It was intended that the posts would be filled by mutual agreement between parties in parliament, but the opposition withdrew from the...