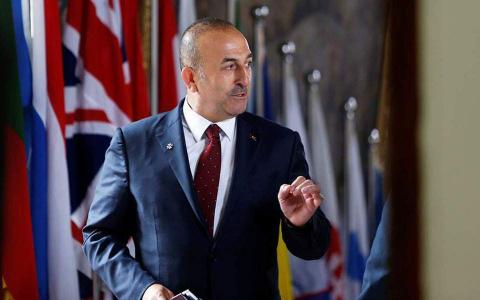 Turkish Foreign Minister Mevlut Davutoglu said Tuesday that there is no reason for Greece to participate in the Berlin Process, the initiative to try to resolve the crisis in Libya.

"Greece is not a player in Libya," he said in an interview with Turkish broadcaster NTV on the sidelines of the World Economic Forum in Davos, adding that the only reason Athens wanted to participate was to raise the issue of the maritime pact signed between Turkey and the Tripoli-based UN recognized government.

"But this issue was not on the agenda. Greece is looking at this issue from a very narrow viewpoint," he added.

Cavusoglu also criticized the Greek government for hosting Eastern Libyan military commander Khalifa Haftar in Athens a day before the Berlin conference, noting that this move shows the country does not have a "mature" attitude.

"The fact that Greece...