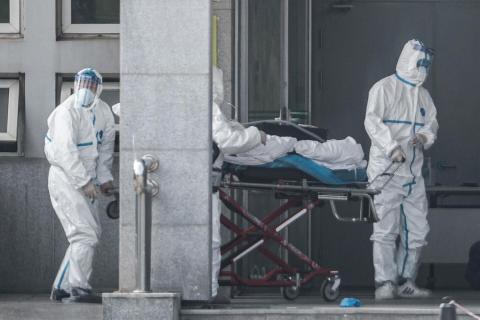 The death toll from a mysterious flu-like virus in China climbed to six on Jan. 21 as new cases surged beyond 300 and authorities fretted about the added risk from millions of Chinese travelling for the Lunar New Year holiday.

Round the world, airports tightened screening of travellers from China as officials confirmed the coronavirus strain is contagious between humans.

The World Health Organization (WHO) called a meeting for Jan. 22 to consider declaring a global health emergency.

The outbreak, which began in the central city of Wuhan, also sent shivers through financial markets as investors recalled the fallout from China's Severe Acute Respiratory Syndrome (SARS) outbreak in 2002/2003 that it initially covered up.

"We'll stay at home during the holiday. I'm scared as I remember SARS very well," said Zhang Xinyuan, who had been bound from Beijing for the Thai resort of Phuket before she and her husband decided to cancel their air tickets.

Authorities have confirmed more than 300 cases in China, mostly in Wuhan, a provincial capital and transportation hub, where the virus may have originated at a sea food market.

There have been six deaths in that city, Mayor Zhou Xianwang told Chinese state television on Jan. 21.

The virus has been spreading around other parts of China, however, including five cases in the national capital Beijing. Fifteen medical personnel are among those infected.

Abroad, Thailand has reported two cases and South Korea one, all involving Chinese travellers from Wuhan. Japan and Taiwan also confirmed one case each, both nationals who had been to Wuhan.