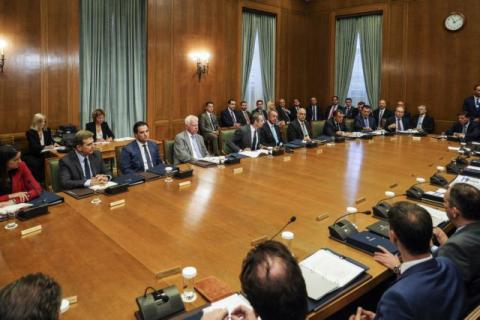 Greece must move forward in an often difficult environment of multiple uncertainties in which the distinction between "allies" and "opponents" is not always clear and which strewn with many traps.

Geopolitical balances are constantly shifting in a sort of quicksand. The international backdrop is ever more complex and unstable.

For this reason every move on the diplomatic chessboard must be very thoroughly calculated and calm. Spasmodic moves are not helpful.
Initiatives must be guided by cold logic, realism, and an exhaustive analysis of all the facts and not by emotion.

One must eschew national-populist outbursts and judge matters decisively on the basis of international law.

Political moves must be carefully considered and made at the right moment and not as a knee-jerk reaction to provocations.

Greece must not be dragged along by the sensationalist moves that are a staple of Turkish President Recep Tayyip Erdogan, whether he is motivated by expansionism and megalomania or pressured by domestic considerations.

Confronted with escalating Turkish provocations Greece must counter with an agreed upon, comprehensive national strategy.
One must build new alliances that are based on strong foundations and not coincidental considerations.

As one saw in a previous crisis Greece lacked a specific, long-term plan and was proceeding - as in the economy - with no serious programme and merely with a wait-and-see approach.

On this issue successive governments kicked the can down the road, passing on to the next PM the burden of managing crucial issues.
Problems were swept under the rug as if Greece geographically were Switzerland.

Time, however, does not solve problems. It aggravates them.