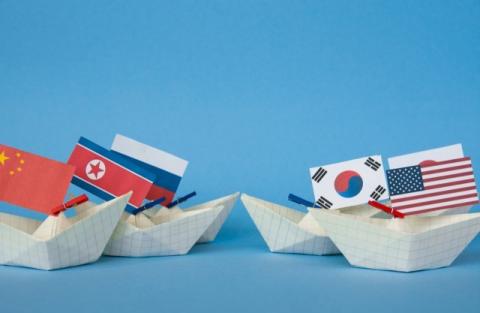 The list was made based on the influence of states, as well as their political, economic and military power. The list of the 80 most powerful countries in the world is based on the responses of 21.000 people and was made by the media company US News and World Report.
Serbia, Croatia and Slovenia are also on the list of 80 most powerful countries, index.hr reports.
Of the countries belonging to the former Yugoslavia, Serbia is best placed. Serbia ranked 44th, unlike last year's 52nd, and has been described as "a small country in central-southeast Europe whose history is a timeline of European wars dating to the Middle Ages. Contemporary Serbia reflects the ambiguities and contradictions of modern Europe - culturally rich, comparatively developed economically yet driven by regional rivalries and ethnic tensions".
As for Croatia, it ranked 67th, which is a better position than last year's 75th. US News describes Croatia as follows: "Croatia has found itself at the crossroads of major historical movements, both East and West. These political shifts have uniquely shaped its present-day borders, which curve around Bosnia and Herzegovina in central Europe and stretch along the Adriatic Sea opposite Italy. The nation's stunning Mediterranean coastline eases into the rugged Dinaric Alps and, continuing northeast, the fertile plains of the Danube River".
Slovenia is at the end of the list, placed at 73rd place:
Slovenia is a small country located in southern Central Europe, bordered by Croatia, Hungary, Austria, Italy and the Adriatic Sea.
with these countries occupying the top 10 positions:
10) Saudi Arabia
This country has fallen on the list for one position compared to last year, and the US News calls it a "giant of the...