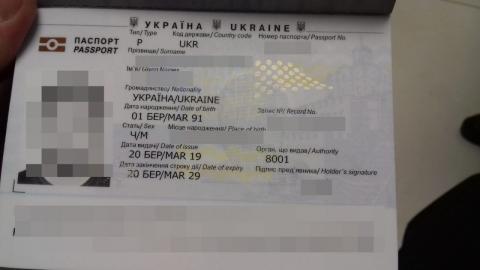 The anti-terrorism division of the Moldovan Secret Services, SIS, and the Border Police announced on Monday that they have detained a 28-year-old citizen of Tajikistan who is wanted internationally for his alleged affiliation with militant group Islamic State.

The Tajik citizen was caught while seeking to leave Moldova using a fake Ukrainian passport.

The man caught the attention of the authorities because of his visibly agitated behaviour, which sparked a further check on his documents, which then proved to be counterfeit.

The SIS said in a statement that he was a "member of the international extremist-terrorist organisation ISIS, active in the Syrian Arab Republic."

It said it had been monitoring the suspect for several years.

The man is also wanted in Tajikistan for illegally participating in armed groups, armed conflicts or military activities in other states.

The SIS said it has initiated an extradition procedure.

In recent years, mercenaries of Moldovan nationality have fought in the conflict in eastern Ukraine, and on the side of the Assad government in Syria as employees of Russian private military company Wagner.

In April last year, the SIS told BIRN that it had identified at least 62 people, mostly from the breakaway region of Transnistria, who have fought for pro-Russian separatists in eastern Ukraine.

The number of Moldovans who have fought in Syria is not known, apart from three names of Wagner fighters made public by Ukraine last year.