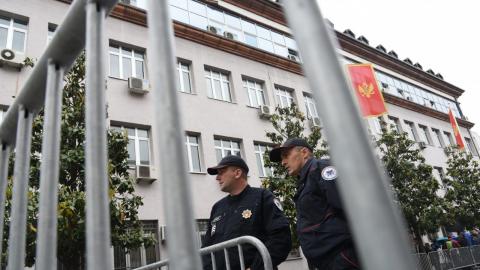 Montenegro's Higher Court on Tuesday quashed the warrant for the arrest of Yoram Frig, who is accused of terrorism for his alleged involvement in a plot to overthrow the government in October 2016.

"At the suggestion of the Special State Prosecutor's Office, an investigating judge at the Higher Court in Podgorica today withdrew his arrest warrant for Frig," Higher Court spokesperson Aida Muzurovic told the Daily News.

Montenegrin newspaper Pobjeda reported on Tuesday that Frig was questioned at the Special State Prosecutor's Office on Monday after he voluntarily surrendered to the Montenegrin authorities.

Pobjeda reported that Frig presented information about what happened ahead of the October 2016 parliamentary elections that were the focus for the alleged coup plot.

The newspaper said that Frig told the prosecutors that he came to Montenegro for nine days and brought an anti-surveillance device with him.

"Frig said to investigators that he came to Montenegro on the invitation of the ex-CIA agent Joseph Assad and that he was supposed to provide electronic services for a gathering of the Democratic Front [opposition party]," Pobjeda reported, citing sources from the prosecutor's office.

"He didn't know that any bloodshed had been planned and that the aim of the actions was to undermine the constitutional order of Montenegro," it added.

Special prosecutor Sasa Cadjenovic claims that Frig was part of a group led by former CIA agent Joseph Assad and British-Israeli political consultant Aron Shaviv that was involved in the coup attempt.

During the 2016 elections, Shaviv was head of the pro-Russian opposition Democratic Front's election campaign.

The prosecution is also investigating four...