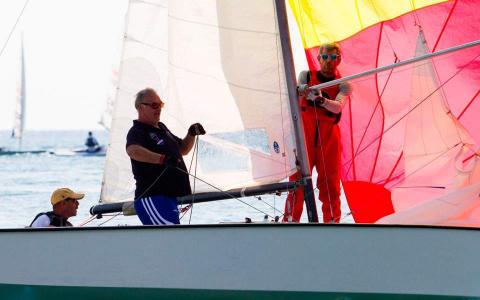 Greek Olympic medalist at the 1980 Moscow Olympics Tasos Boudouris was in stable but critical condition on Tuesday after a motorcycle accident.
The 65-year-old sailing champion was in an intensive care unit in a Piraeus hospital with head and chest injuries after his motorcycle rammed into a car being driven by Nikos Gemelos, the Olympic coach of swimming champion Spyros Gianniotis, on a seaside avenue in southern Athens on Monday evening.
He is a three-time world champion in different sailing categories and has participated in six Olympic Games.