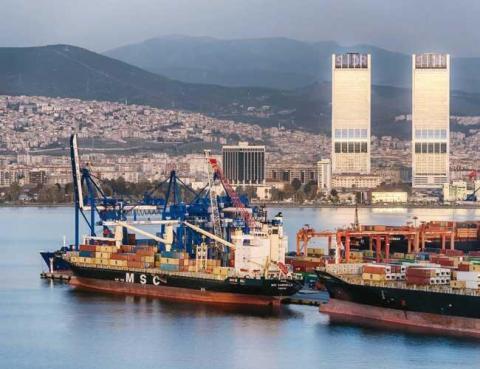 The country's exports, which were around $30 billion in 2000, were $180.5 billion last year, İsmail Gülle noted during the opening ceremony of the 16th International Istanbul Furniture Fair (CNR IMOB).

He stressed: "The furniture sector's target is $10 billion for 2023, we are working for this target."

The sector enjoys a competitive structure and high capacity in the global market, he added.

Gülle underlined that the Turkish government always supported exporters and provided for their needs.

Nurettin Nebati, the deputy Turkish treasury and finance minister, said the furniture sector was one of the rare net exporter sectors of the country.

Touching on economic issues in 2018 and 2019, he said Turkey's recovered in such areas as its currency rate, CDS risk premiums, interest rates, confidence index, foreign trade and Borsa index.

He underlined: "Turkey increased its exports while the world narrowed last year."

The six-day CNR IMOB kicked off on Jan. 20 and is expected to host 150,000 domestic and foreign visitors with over 750 participant companies.

The fair, organized by CNR Holding and Federation of Furniture Associations (MOSFED), is forecasted to generate $2 billion trade volume.

Meanwhile, Trade Minister Ruhsar Pekcan has announced that measures designed to lower costs on credits the country's exporters are to take out have been taken....