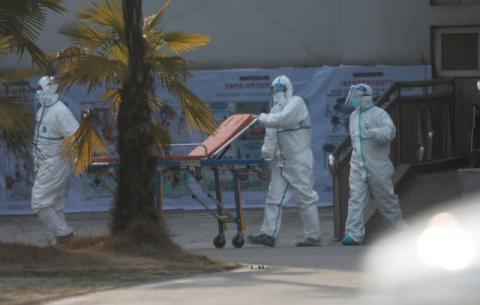 At that meeting on Wednesday, the World Health Organization said, their International Health Regulations Emergency Committee will determine whether the outbreak constitutes a public health emergency of international concern.
This is said in a WHO statement, after China's National Health Commission confirmed that the virus, which causes a type of pneumonia, can pass from person-to-person, the official Xinhua News Agency said. An outbreak of a new coronavirus has spread to more Chinese cities, including the capital Beijing and Shanghai, health authorities said on Monday, Wuhan being the first town in which the virus was detected, where the cases of coronavirus surpass 200.
A fourth case of coronavirus has been reported beyond China's borders, as Reuters reports.
Zhong Nanshan, a respiratory expert and head of the health commission team investigating the outbreak, confirmed that two cases of infection in Guangdong province were due to human-to-human transmission, Xinhua said. Some medical staff have been infected, it added, but gave no number.
Authorities confirmed a total of 217 new cases of the virus in China.
Chinese officials confirmed that the virus can be transmitted between humans. Three deaths have been reported so far.