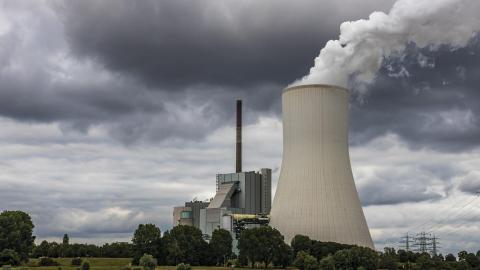 Japan made significant changes in the safety standards of nuclear power reactors due to the severe disaster in Fukushima in 2011 when a nuclear power plant damaged by a tsunami caused serious environmental problems.

After the Fukushima disaster, only nine of the 64 nuclear power plant reactors are currently operational, the permissions of 12 reactors are still under evaluation and 24 reactors were completely closed, according to Japanese officials.

"Right after the incident, we stopped the operation of all nuclear plants in Japan. Out of 60 reactors, 24 reactors are decided to be decommissioned," Takeshi Nagasawa, director of the Nuclear Energy Unit of Japanese Economy, Trade and Industry Ministry told Hürriyet Daily News.

"After checking the security situation of each plant, we gradually restarted nine of the reactors, six passed the review and are now waiting for local understanding. Twelve reactors are still under review," Nagasawa said.

In addition to the radioactive waste problem, Japan is still seeking a solution to the immigration problem of the local people.

Asked about the lessons taken after the Fukushima disaster, Nagasawa underlined the concept of safety and said a new independent Nuclear Energy Regulatory Authority was established. The independent safety committee consists of four-five members from academia.

"This authority is responsible of checking all safety issues in all reactors in Japan which have the highest regulative standards within the entire world," he stated.

Now, the Japanese authorities impose very high standards in security measures for the reactors to be operational. "As we have experienced in the incident in Fukushima, we got safety issue as the priority… Before the Fukushima incident,...