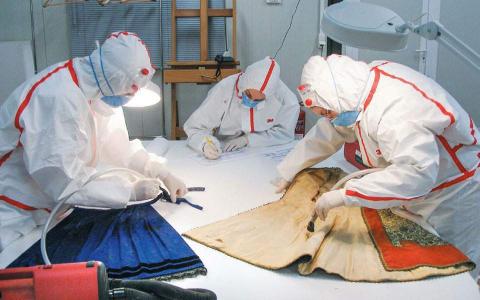 Photographs of the operation from the Culture Ministry reveal just how huge and complicated the project is, but also the importance of the work that was done in the early years, starting in 2004 when the estate and all of its contents came under the ministry's jurisdiction.

"Everything - from the household appliances and everyday utilitarian objects to valuable paintings, wooden furniture and electronic devices - was still in the palace," says Maria Mertzani, head of the ministry's Department of...