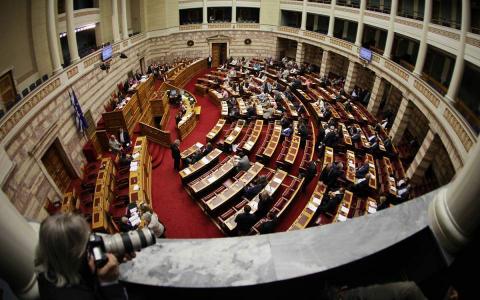 Greece's parliament elected former Council of State head Katerina Sakellaropoulou as the country's next president on Wednesday, a largely ceremonial role that also brings with it limited political powers.
Sakellaropoulou, 63, won the support of 261 lawmakers in the 300-seated parliament. She was backed by lawmakers from ruling New Democracy, leftist SYRIZA opposition and the center-left Movement for Change alliance (KINAL).
MPs Antonis Samaras from New Democracy, Tryfonas Alexiadis, Nikos Syrmalenios, Kostas Zouraris and Alexandros Meikopoulos from SYRIZA, and Konstantinou Adamou from Mera25 were absent from the procedure.
In separate letters to House Speaker Kostas Tasoulas, Samaras, Alexiadis and Syrmalenios said they would have voted for Sakellaropoulou if they had been present.
Sakellaropoulou will serve 5 years starting on March 13, when incumbent...