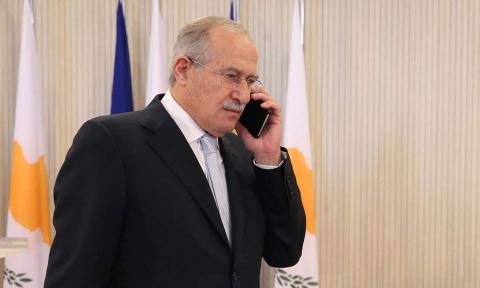 Cyprus' government spokesman on Thursday backpedaled on a claim that Turkey may have stolen technical data it used to pinpoint a target for gas drilling in waters where the island nation has exclusive economic rights.

Government spokesman Kyriakos Koushos told The Associated Press the word "stolen" he uttered on Greece's state broadcaster ERT on Wednesday was a mistaken "slip of the tongue" and that no such data theft had occurred.

But he said Turkey had obtained some data that enabled it to send a drill ship to a specific location south of the Cypriot coastal town of Limassol that energy companies Eni and Total had pre-selected to carry out their own exploratory drilling.

Koushos said that data may have been gleaned from a Turkish research vessel that had for months scoured the area — also known as Block 8 — in search of geological information that could hint...