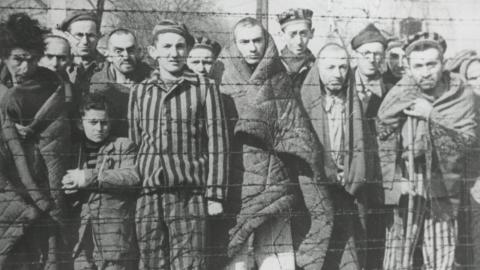 Whereas ethno-nationalism and populism have been dominating debates for years — particularly since the Brexit referendum and US President Donald Trump's electoral victory in 2016 — the resurgence of anti-Semitism has been less discussed. And yet the evidence of this trend is abundant — and chilling.

In Hungary and elsewhere, the dog-whistle demonisation of the Holocaust survivor George Soros has gone on for years. In the United Kingdom, a leaked document revealed "relentless" incidents of anti-Semitism within the Labour Party. During the Yellow Jacket protests in France, a prominent Jewish intellectual was met with cries of "dirty Zionist."

Violent anti-Semitic hate crimes — from an arson attack on a kosher supermarket in Paris to shootings at synagogues in Pittsburgh and eastern Germany — are also on the rise. In France, police reports indicate that anti-Semitic incidents increased by 74 per cent from 2017 to 2018.

Likewise, according to a forthcoming report from the Centre for the Study of Hate and Extremism at California State University, San Bernardino, anti-Semitic hate crimes in America's three largest cities (New York, Los Angeles, and Chicago) are on track to reach an 18-year high.

The German government's anti-Semitism commissioner has warned Jewish men not to wear yarmulkes (the traditional Jewish head covering) in public.

A sign reads 'Stop!' in front of a guard tower and barracks at the Auschwitz I camp at the former Nazi-German concentration and extermination camp KL Auschwitz in Oswiecim, Poland. Auschwitz-Birkenau, the largest German Nazi concentration and death camp, was liberated by the Soviet Red Army on 27 January 1945 and the day is commemorated as International Holocaust Remembrance Day worldwide. Photo: EPA...