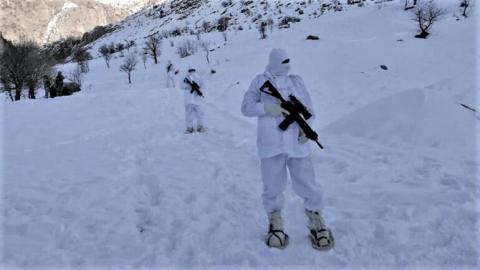 The search operation for a missing Chaldean Catholic couple has yielded no result for 12 days, their priesthood holder son said on Jan. 23.

"All we want is to reunite with them safe," Remzi Diril, a priest at Istanbul Chaldean Church, told daily Milliyet.

The couple was living in a remote village in the Beytüşşebap district of the southeastern Şırnak province along with only one person, who was a relative of theirs, said Remzi Diril.

When the village was evacuated during anti-terror operations in 1994, the couple moved to Istanbul. The evacuation order was removed in 2010.

"My mother and father started going to our village regularly some 10 years ago. And five years ago, they settled down there. There was no problem since then.

"No trace has been found in the days-long search. The prosecutor's office in Beytüşşebap issued a confidentiality order on the case. There is only one person who came forward to say that he saw my mother and father. That person said that my parents were kidnapped by the PKK," Remzi Diril said, referring to a group listed as a terrorist organization by Turkey, the United States and the European Union.

"But that is only a claim yet. We consider every probability at this stage," said the priest.

Chaldo-Syriacs, an ethnic and religious minority indigenous to northern Iraq, northeastern Syria and southeastern Turkey, have migrated to Western countries in large numbers during the 20th century.

Less than 10 percent of more than half a million Chaldean population...

Marriages down, divorces up in Turkey

Marriages down, divorces up in Turkey