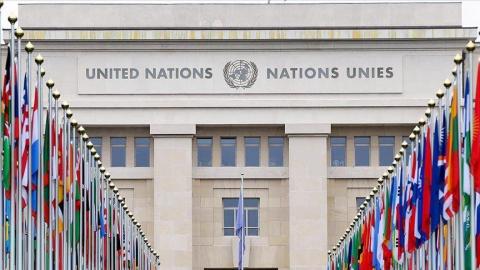 Turkey vetoed a request from the Greek Cyprus to participate as an observer at this year's Conference on Disarmament in Geneva, diplomatic sources said on Jan. 22.

The sources, who spoke on condition of anonymity, said the General Assembly meeting of the conference was held on Jan. 21.

The Greek Cyprus had applied for observer status at the conference and during the meeting, but Turkey opposed its application and therefore it was rejected, the sources said.

Applications by 37 other countries for observer status were approved by the conference, the sources added.

The Conference on Disarmament is an international forum established in 1979 to negotiate arms control and disarmament agreements and has 65 member countries including Turkey.