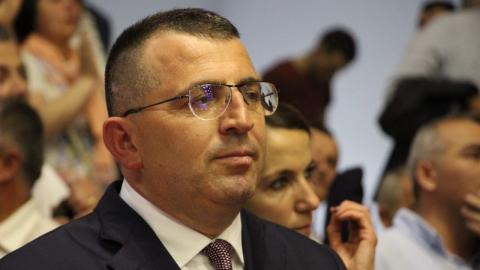 Prosecutors in Albania summoned a mayor for questioning on Thursday over a video filmed by a security camera from above, showing someone apparently snorting cocaine.

Arben Kraja, head of the special anti-corruption prosecution body, SPAK, told BIRN that an investigation had been opened into Lefter Alla, Socialist Mayor of Bulquiza, for the possible crime of producing, selling and keeping narcotics. The offence can lead to jail sentences of up to 10 years if the drugs are not only for personal use.

Artan Hoxha, the journalist who published the video, said he was convinced that the video showed Alla. But the mayor claims the video is a montage created by the opposition centre-right Democratic Party, which is demanding his resignation. His lawyer told the media that his client was not guilty and that the video was not clear.

"I would like to inform the public opinion of Bulqiza and Albania, rightfully shocked by this video-montage, published in collaboration with the Democratic Party, that I am on the way to Tirana to file charges against it," Alla wrote on Facebook.

The office of Socialist Prime Minister Edi Rama did not respond to emailed questions from BIRN about the case by the time of publication.

Alla was elected mayor in the 2019 elections. His uncle, Melaim Damzi, formerly ran the town for the Socialist Movement for Integration, which is currently in opposition.

The mining town was built over a large reserve of chromium and has a history of gang clashes related to mining rights.

Alla is only the latest ruling party mayor to be accused by the opposition of having a criminal past or criminal connections. Two have already been dismissed while two others are under verification procedures.