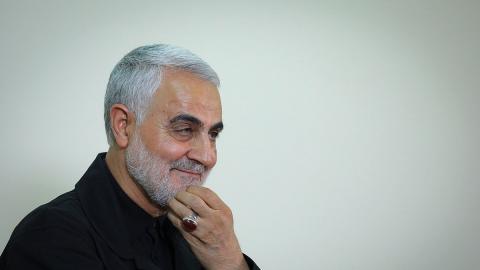 Albania became the target of Iranian ire when it started hosting the MEK, a cult-like organisation and one of the bitterest adversaries of the Iranian regime. In 2013,

Albania made an agreement with Barack Obama's US administration to provide sanctuary to MEK members. They started pouring in in 2016, and may now number as many as 3,000. This move was preceded by careful diplomatic bargaining on the part of the US, as it tried to shift the MEK away from fragile Iraq.

In 2012, the US State Department removed the MEK from its list of terrorist organisations. In 2017, a delegation of senior US Senators visited the MEK leadership in Albania.

The group already enjoys the support of some of US President Donald Trump's close associates, like his now former national security adviser, John Bolton and attorney, Rudolph Giuliani. The two were frequent guests at MEK events. While Bolton is out of the game, Giuliani is still close to the MEK. He has received financial compensation from the group in exchange for his lobbying services, and may even be investigated due to his ties with the MEK. With the US always potentially mulling regime change in Iran, and after Trump's withdrawal from the Iran nuclear deal, the presence of the MEK creates the danger that Albania, and by extension the region, could be caught in a clash between the MEK and the Iranian government.

US President Donald J. Trump, joined by Vice President Mike Pence, during a meeting on a further meeting about the Islamic Republic of Iran missile attacks on U.S. military facilities in Iraq. Photo: EPA-EFE/SHEALAH CRAIGHEAD

One might doubt Iran's ability to target the MEK in Albania owing to its distance. However, in March 2018, Albanian security services arrested two Iranians on...