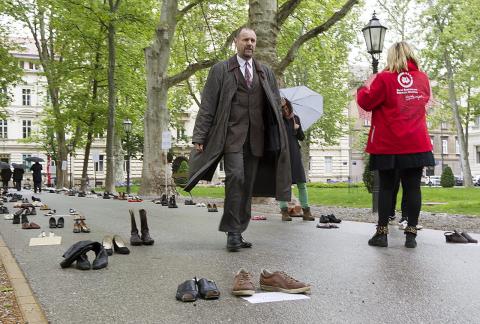 According to official data released this month by Croatia's Bureau of Statistics, unemployment hit an historical low of 5.7 per cent in the third quarter of 2019.

Croatia's conservative government seized on the news as vindication of its economic policies, with Prime Minister Andrej Plenkovic citing the figures in an interview published on January 16 with Germany's Frankfurter Allgemeine Zeitung.

BIRN decided to delve deeper, looking at whether the claim of an unprecedented low stood up when taking into consideration short-term contracts, particularly during the tourist season, and high rates of emigration of Croatians to Western Europe since the country joined the European Union in 2013.

According to the latest Labour Force Survey conducted by the Bureau of Statistics, Croatia has a 'working-age population', i.e. over the age of 15, of 3.51 million people, of whom 1.8 million are listed as 'economically active' and 1.71 million as 'economically inactive'.

The 'inactive' include students, retirees, the sick and those not actively seeking work. Of the 'active', 1.7 million were employed and 103,000 unemployed.

However, Ivan Odrcic, senior economic analyst at Privredna banka Zagreb, PBZ, said a rise in the number of employed people and the employment and a fall in the number of unemployed and the unemployment do not necessarily move in perfect tandem given the "present [trend of] emigration of the working-age population, as well as the ageing of the population."