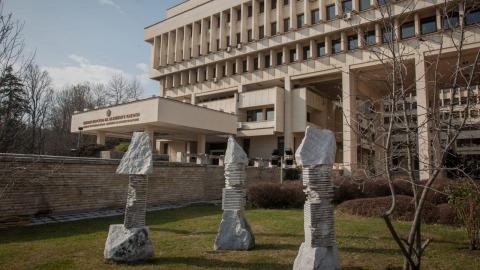 Russia's ambassador to Bulgaria has complained that he was not officially informed that Sofia had declared two of his staff personae non grata for spying.

Anatoliy Makarov said he only learned about the decision to expel the unnamed Russian diplomats in Sofia from the Prosecution website. "No information on the case has arrived through the official channels," Makarov told Tass agency on Friday.

Bulgarian authorities said the two unnamed Russian diplomats were a secretary at the embassy and a member of Russia's Trade Representation.

A prosecution investigation found that from 2017 onwards, the secretary sought information about the mechanisms of the election process in Bulgaria, while the other collected details about energy and energy security.

"We will take the actions needed, namely declaring them personae non grata," Foreign Minister Ekaterina Zaharieva said on Friday.  Russian ambassador Anatoliy Makarov was due to meet Zaharieva for further discussions on the issue.

Last September, the chairman of the local "Russophiles" association, Nikolai Malinov, was also accused of spying for Russian organisations.

In a TV interview last September, Solomon Passy, foreign minister from 2001 to 2005, said he believed about 68 Russian spies were operating in the Russian embassy in the capital, adding that, "Russophilia in Bulgaria has always been paid, it was never love". Passy didn't name any sources of information for his claims.

In another Russia-linked case in Bulgaria, the prosecution on Thursday said it suspected three unnamed Russian citizens of the attempted murder of three Bulgarians, including firearms businessman Emilian Gebrev, nearly five years ago in Sofia.

The prosecution said the weapon of...