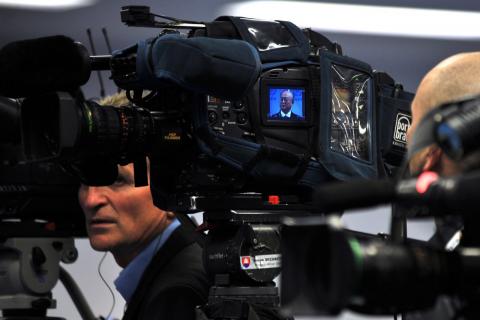 Croatian Health Minister Milan Kujundzic on Friday condemned Thursday's attack on a journalist who was investigating his home in Ivanbegovina, his village in Dalmatia, near the town of Imotski.

"I condemn the incident and feel sorry that it happened," Kujundzic said. Asked whether he might resign, he said that he had not considered it.

Andrea Topic, a journalist from the Slobodna Dalmacija daily, reported on Friday that she was attacked after going to Ivanbegovina to take photos of the minister's house from a public place, following reports of irregularities in his declaration of assets.

As Topic wrote for the daily, several men soon appeared and verbally abused her, telling her that she should not take pictures there, although she made it clear that she was a journalist and explained her purpose.

"They surrounded me. I thought of running but had nowhere to go … Then I got into the car and slammed the door… They were shouting, yelling, howling, rocking the car, leaning on it," Topic reported. She said the men introduced themselves as Kujundzic's relatives.

They told her they would call the minister and ask whether she had permission to take photos of the house. She filmed everything with her cellphone, and while sitting in the car, called her editor, who then called the police.

Police said they went to the spot and arrested four men aged 42, 43, 66 and 68. Investigations were conducted after which criminal charges may be filed.

Kujundzic told Friday's press conference that no one had called him on Wednesday and that the men were not his relatives.

Earlier, he was in the focus of reports that said he had misstated the real value of his properties. Kujundzic insisted that everything was transparent.