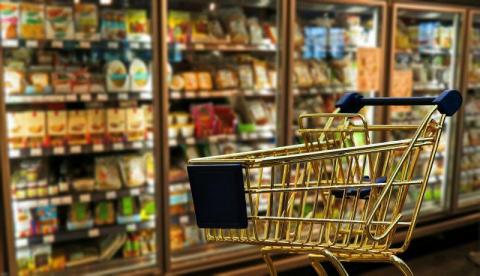 The size of Turkey's retail sector reached 1.1 trillion Turkish Liras ($193 billion), according to a report by audit and consultancy firm KPMG Turkey.

The industry contracted in the first three quarters of 2019 by 5.3 percent, 3.9 percent and 1 percent, respectively last year.

The initial indicators suggest a recovery in 2020, the report added.

According to the consultancy firm, the foreign direct investments in the Turkish industry, which stood at above $1.1 billion, amounted to $837million in the first 10 months of 2019.

There were a total of 453 shopping centers across the country as of end 2018 and only five more opened in 2019, the report noted, adding that nine more shopping malls are expected to open doors this year.

"It is likely that no new shopping centers will open starting 2023," it said.

The report also showed that the rate of people using online channels for shopping reached 34 percent in Turkey last year, up from 29.2 percent in 2018.

The Turkish Statistics Institute (TÜİK) reported on Jan. 14 that the retail sales volume with constant prices in Turkey soared 8.5 percent in November 2019 compared to the same month of the previous year.

On a monthly basis, the retail sales volume rose 1.7 percent compared to the previous month.

KPMG also noted that the global retail trade sector's size, which reached $25 trillion in 2019, is expected to reach $30 trillion in three years.