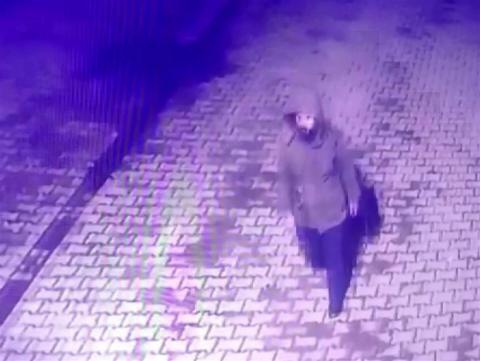 An unidentified man late on Jan. 24 slashed the tires of at least 160 vehicles in the southeastern province of Diyarbakır after a 6.8-magnitude earthquake jolted Turkey's east.

Surveillance footage from Diyarbakır's Bismil district showed that an unidentified man flattened the tires with a knife, right after a powerful earthquake in eastern Elazığ province.

The man slashed at least 160 vehicles' tires in Bismil's Fırat and Tekel neighborhoods, according to local media reports.

Bismil residents, who found their tires flattened on Jan. 25 morning, took their cars to local repair shops yet showed a strong reaction against the perpetrator, saying the incident is "unacceptable" after such a deadly earthquake.

A powerful earthquake struck eastern Turkey late on Jan. 24, killing at least 22 people, injuring more than 1,030 others and collapsing buildings in towns near the center of the tremor, which was strong enough to be felt in several neighboring countries.

The 6.8-magnitude quake hit Elazığ province at 8.55 p.m. local time (1755GMT) on Jan. 24, with its epicenter in Sivrice district, along with neighboring provinces and countries including Syria and Georgia.