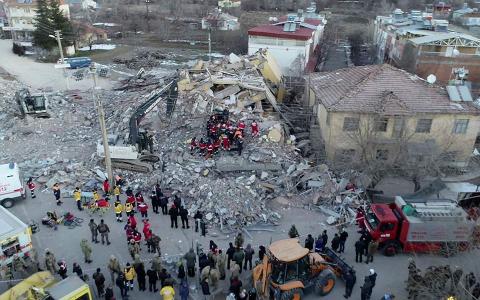 The strong earthquake that hit Turkey could thaw the recently frosty relationship between the two neighbors, making a rapprochement with Greece possible, if certain leaders want it.

Relations among countries always evolve in certain environments. And the tragedy that's hit the neighboring creatres such a new, yet familiar, one.

Twenty years ago, the devastating 7.6-magnitude quake that hit Izmit on Aug. 17, 1999 and killed nearly 17,000 and the deadly 5.9 tremor that killed 143 in Athens a few days later, on Sept. 7, brought forth the so-called "earthquake diplomacy" that led to an unexpected warming up of Greek-Turkish relations at a time of great tension, just like now.

It was three years after the crisis over the Imia islets had brought the two countries on the brink and just a few months after the "Ocalan affair" involving the Kurdish guerrilla leader.