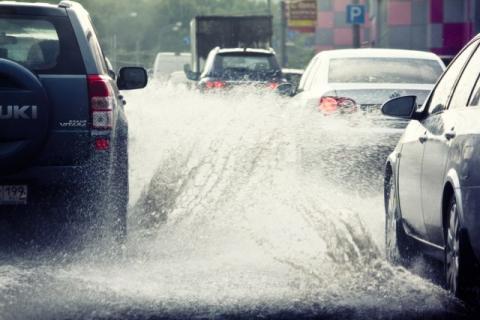 The director of the Environmental Protection Agency, Filip Radovic, told RTS that the change of meteorological conditions eliminated the thermal inversion which, during the day at high temperatures and clear nights, kept the concentration of pollutants at a high level.
"It is very important that the Government put the problem of pollution at the highest level of the agenda and that it will impose measures in the medium to long term, in terms of prevention and reduction of pollution.
"I believe that in the coming period, the citizens of Serbia will breathe the same air as all other inhabitants of Europe," Radovic said.
According to him, when talking about air pollution, one must also keep in mind the microclimate and geographical position of the country.
Asked if acute solutions can solve a chronic problem, Radovic states that there are short, medium and long-term measures in addressing pollution problems.
"They go from modernizing energy plants to reducing traffic in urban areas. Increasing energy efficiency and modernizing plants are the most important measures because they mean reducing fossil fuels", Radovic said.
Air movement and possible snowfall in the coming period, Radovic says, could contribute to further reduction of air pollution.
In the past two days, the air in some parts of Belgrade was very polluted.
According to the Environmental Protection Agency, the concentration of PM-10 particles in some parts of Belgrade, Nis, Valjevo, Kosjeric, Novi Sad is still high.

"Pollution is not high enough to suspend classes"

Education Minister Mladen Sarcevic says that air pollution in Belgrade is not at that level to suspend classes at schools and that they have not even thought about it.
"The...