PAOK and Xanthi threatened with drop for breaking ownership rules 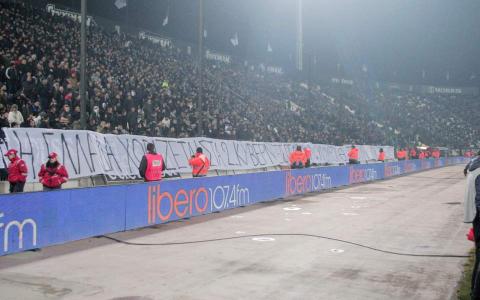 PAOK has not enjoyed its return to the top of the Super League on Monday as it is threatened with the ultimate punishment for allegedly bending ownership rules. The response by the Thessaloniki club and its fans was explosive.

PAOK and Xanthi are facing the threat of relegation, as the recommendation by the competent committee of the Professional Sports Commission on Monday found the two clubs shared common ownership, which Super League rules forbid.

The recommendation will be assessed by the Super League that will issue its verdict, and it remains unknown whether the views of the five members of the commission will match those of the league's panel. However the mere possibility of PAOK being stained with such a development had the champion's fans livid at Monday's game against Volos, targeting Deputy Minister for Sport Lefteris Avgenakis in particular.