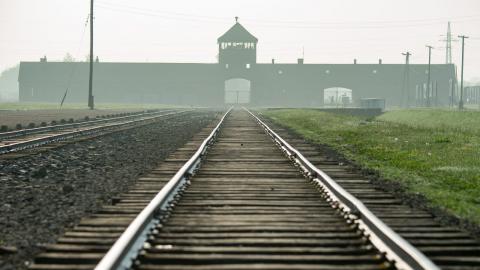 Yet as survivors congregate at the Auschwitz-Birkenau memorial in the southern Polish town of Oswiecim (Auschwitz, in German), their stories risk being overshadowed by a historical blame game between Poland and Russia.

Historians say the illiberal regimes of both countries have constructed clashing versions of World War II events for political gain.

Russian President Vladimir Putin will not be at Auschwitz on Monday. Instead, he was a key guest at the World Holocaust Forum at Yad Vashem, the World Holocaust Rememberance Centre, in Jerusalem on January 23. In addition to commemorating the liberation of Auschwitz, the forum focused on fighting rising anti-Semitism worldwide.

Polish President Andrzej Duda declined to attend the Jerusalem event, saying the organisers refused to let him give a speech on the same day as Putin, despite being "the leader of the country whose citizens were the majority of Holocaust victims".

Some historians noted the irony of Poland taking ownership of a Jewish population that was often discriminated against by Poles and sometimes the target of violence in the run-up to the war.

The Yad Vashem forum was organised by the World Holocaust Foundation. According to a profile in Israeli daily Haaretz, the foundation's head, Moshe Kantor, is a businessman who amassed a fortune in Russia during the mass privatisation of state assets in the 1990s. He is, says the paper, "careful not to cross Putin".

By all accounts, Putin's speaking slot was reserved well in advance.