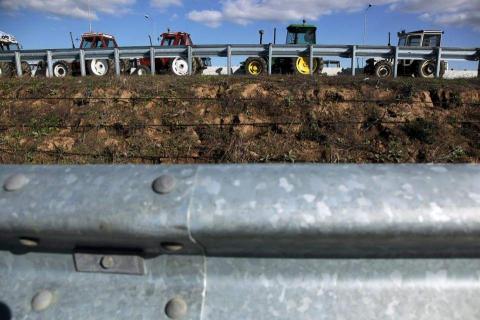 Farmers in Thessaly in central Greece are set to signal the start of the almost annual strikes by the country's agricultural community, parking their tractors along stretches of the national highway in Larissa, Volos, Karditsa and Trikala on Monday.

The roadblocks - which are designed not to obstruct the flow of traffic but to slow it down - will be in place until February 1 at least, according to unionists, who said that they are not ruling out a tractor rally to the northern port city of Thessaloniki.

Apart from the usual complaints regarding the prices of commodities and the cost of fuel, farmers this year are also opposed to the European Union's Common Agricultural Policy (CAP) for the 2021-2027 period.

Farmers in other parts of the country are expected to hold similar protests over the next weeks.

Nearly 100,000 people have been Vaccinated in Greece in One Day
The Accidental Death of an Anarchist