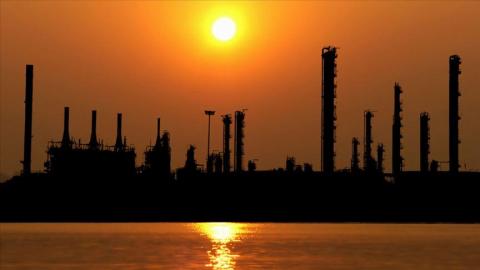 Turkey and Algeria are seeking to forge closer business ties to boost bilateral trade volume to $5 billion while agreeing to jointly build a petrochemicals plant in the Turkish province of Adana.

"We have decided to increase our bilateral trade volume to $5 billion as soon as possible. Also, with the joint declaration we signed, we have established a high-level cooperation council between our two countries," President Recep Tayyip Erdoğan said on Jan. 26, addressing the Turkey-Algeria Business Forum held in Algiers.

Erdoğan visited Algeria on Jan. 26 as part of his three-nation Africa tour which also covers Senegal and Gambia.

"We see Algeria as a friendly and brotherly country as well as one of our strategic partners in North Africa. Algeria is one of Turkey's most important gateways to the Maghreb and Africa," Erdoğan said.

He met with his Algerian counterpart Abdelmadjid Tebboune in the Algerian capital to discuss possible cooperation in the fields of economy, trade, defense and tourism.

The latest data from the Turkish Statistics Institute (TÜİK) showed that Turkey shipped $1.74 billion worth of goods to Algeria while the country's imports with its trading partners stood at around $656 million in January-November 2019.