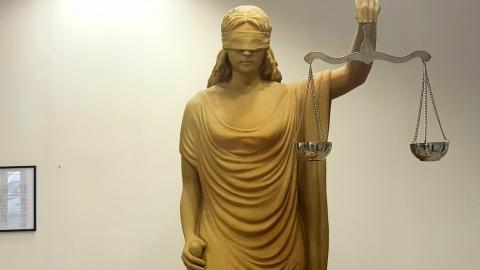 In one case, a lay judge failed to declare that she was the sister of the defence lawyer. The resignation or retirement of a lay judge, by law, returns the trial to the beginning, costing often months or even years of court time.

Recently, lay judges have been at the heart of procedural complications in several high-profile cases involving Gruevski, his former secret police chief Sasho Mijalkov and former Transport Minister Mile Janakieski - all brought by a now-defunct Special Prosecution Office created in 2016 to pursue high-level corruption but brought down by its own graft scandal.

Paid very little but often wielding power equal to that of the professional judges, lay judges are susceptible to bribery and pressure, experts warn.

"A few years ago, in one of my trials, two lay judges had literally been bought," said a judge who spoke on condition of anonymity.

Ivan Djolev, chairman of Skopje's Criminal Court, told BIRN: "Lay judges are indeed one of the weakest links in our judiciary. They are chosen by the Judicial Council and then appointed to the courts, and there's almost never any discussion of their responsibilities."

While professional judges are strictly prohibited from engaging in any political activities, lay judges face no such restrictions. Photo: Robert Atanasovski

North Macedonia is not alone in using lay judges. Variations of the system can be found across Europe, usually as a way to provide some civil control and foster public confidence in the courts.

In North Macedonia, lay judges outnumber professional judges. In a first instance criminal court the ratio is 2:1 if the charge carries a prison term of between five and 10 years. For more serious crimes, there are...