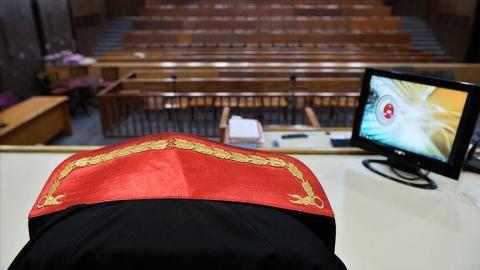 The accused gunman in a 2017 nightclub attack in Istanbul which killed 39 people could face 40 aggravated life sentences.

A court in the Turkish metropolis Istanbul on Jan. 27 indicted Abdulkadir Masharipov, an Uzbek national, on charges of murder and being a member of an armed terrorist group, according to judicial sources.

Istanbul's Heavy Penal Court No. 27 also requested aggravated life imprisonment for Masharipov for attempting to overthrow the constitutional order, said the sources, who asked not to be named due to restrictions on speaking to the media.

The indictment centers on the deadly gun attack at the Reina nightclub in the early hours of Jan. 1, 2017, which also injured 70 people.

A total of 58 suspects were mentioned in the indictment. Eighteen are in custody and prosecutors recommended acquittal for eight others.

If convicted, Masharipov could face 15 years in prison on charges of being a member of an armed terrorist group plus 2,370 years in total for injuring 79 people in the shooting spree.

The indictment also calls for the same sentences for Masharipov's wife Zarina Nurullayeva as well as alleged co-conspirators Ilyas Mamasaripov, Abdurrauf Sert, and Ali Jameel Mohammed, who, according to prosecutors, were the masterminds behind the plot.